The presence of these insects can lead to serious sanitation problems.

Know the habits and act professionally is therefore a must

Since early 2000 till now a real evolution/revolution involved the Professional Pest Control in Italy and abroad, thanks to new training courses and refresher courses organized by ANID (Italian Association of Professional Pest Control) and by Italian and European manufacturers of insecticides, rodenticides, accessories and equipment up to the many national and international Expo and the introduction of the new regulations as the professionalism now very high. So I think that what was once simply called “ex terminator” can now be called Professional Pest Control Operator.

Commonly known as cockroaches, have very flattened body with the head covered with a hard ridge said pronotum. The size of the species present in Europe oscillate from few millimiters to over 35 millimiters. The usually uniform, varying from ocher to brown to black.

Typically have two pairs of wings males, while females are free, but there are species with the organs of flight reduced or completely absent. So let’s talk about insects that have predominantly terrestrial habits crepuscular or nocturnal. In some cases come out of their shelters in the daytime and in the presence of man: and this is usually a sign of a strong infestation.

A native of the East, the cockroach has spread around the world, choosing as its habitat environment where human lives at the expense of various organic substances, having a varied diet, is practically omnivorous.

The species of cockroaches more frequent in Italy are: Cockroaches have a chewing mouth that allows them to feed on a wide variety of materials. Although natural food preferences, can cause direct economic damage, feeding on human foods, skin, hair, paper, glue and other materials.

Indirect damage they cause, result from the fact that foods with which they come in contact, become unusable for the disgusting smell transmitted by feces and glandular secretions of these insects. Potential carriers of harmful microorganisms to humans and pets, intermediate hosts of bowel worms. Their danger for sanitation is given by the numerous parasites, such as nematodes, Tapeworms and protozoa, harmful to human health, living in the intestines of cockroaches and are deposited in their passage.

To program an effective pest control program, you need to identify the various species and learn about their life cycle.

The life cycle varies from species to species, cockroaches in their entirety develop through metamorphosis and in particular pass through three stages:

The eggs are abandoned in groups contained in ooteca. The nymphs emerge from the eggs look like the adult and normally even if with different dimensions of course, even if sometimes have a different color. The nymphs feed independently and grow and change until they reach the adult stage through several molts.

Cockroaches can settle in any environment, contaminating, with their droppings and secretions, food and utensils. They can also be carriers of pathogens. The permanent presence of cockroaches may be indicative of poor hygienic-sanitary. The type of disinfestation operation varies depending on the degree of infestation, which can be low when they are only visible at night, or high when you can find them during the day with simultaneous presence of traces of their passage as feces or regurgitation.

The pest control operations are divided into three phases:

Before start to analyze the three phases I would like to give some advice about the individual protection systems recommended to the Professional operator in order to work safely.

In the first phase is of great importance inspection, that allows to program the future operations.

During the visit to the premises to be treated is necessary to determine the type and extent of the infestation, the hiding as beverage vending machines, insulation of pipes heated, air-conditioning systems, dishwashers, electrical boxes, sewer pipes, garbage, hot places wet food industry, canteens, restaurants, hospitals, bakeries, aircraft, ships and sources of food cockroaches and identify possible causes of the spread of the infestation.

Among these should be given particolar attention to any warmer furniture, goods that are frequently moved within the warehouse, goods arriving in poor cleaning, etc.

Equally important is the monitoring of the species, which can be done by distributing an appropriate number of glue traps with attractive food in some areas of the plant where it can be assumed the presence.

Once you identify the species present and possible shelters, you must do a thorough cleaning to remove the organic material of which the insects feed on and deal with a pressure sprayer and liquid insecticides first surfaces on which cockroaches moving. At this stage you should exercise care to avoid contamination with insecticides foods or anything that may come into contact.

At the preliminary stage it is necessary to follow a targeted treatment in the shelters of cockroaches in particular cracks and crevices, using insecticides with “drive out” power, which, causing excitation of the insect, force to leave the shelters and to get in touch with the residual insecticides sprayed previously.

Another type of treatment is certainly less invasive, but very effective is the insecticide gel, indicated for the control of cockroaches in facilities such as kitchens, bathrooms, hospitals, food industries, retailers of food products, restaurants, hotels, warehouses, vehicles, ships , trains, planes, automatic equipment for the distribution of food / drinks (vending machines) etc.

Is ready to use, can be applied immediately without preliminary preparations. Very important thing can be applied in the presence of people, without interrupting the normal work during application.

The gel is applied closed to crevices, in hidden places, in the corners and in general in the sites where they hide beetles (behind furniture, shelves, under stoves, under sinks, behind refrigerators, inside ducts, etc.); thanks to its attractive action its effects are visible after only a few hours.

Usually die after ingestion inside the shelter where, thanks to a real domino effect as cockroaches generally feed smoothly corpses of their fellows, and if these are dead intoxicated from the gel are also toxic.

In places where possible (basements, warehouses, sewers, landfills) can be indicated with environmental treatments ULV sprayers. After carrying out the treatment in the following days, you have to do to make a thorough cleaning and to close with putty or silicone all cracks and cracks that have been previously treated.

To program the subsequent treatments must bear in mind the resistance of ooteche action of insecticides, and therefore the distance in time between the interventions will vary in consideration of the species present. There are some hygiene rules and behavior that can help keep the population under control cockroaches after treatment.

A treatment occurred, to prevent re-infestation, it is necessary to: 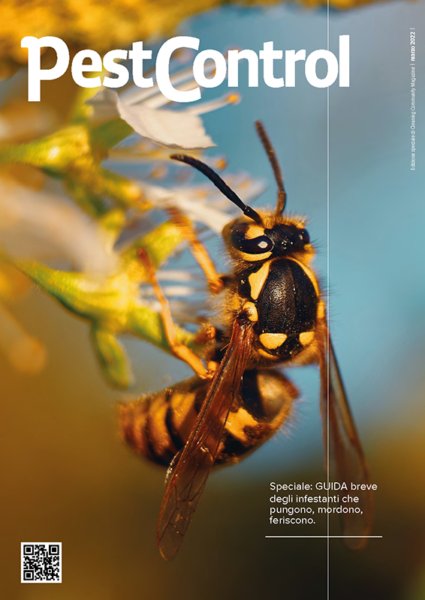